Current and Prospective Members Mix and Mingle at Der Braumeister

By Beth Schriebman-Gehring and Paris Wolfe


On the last Monday in January, the Cleveland Chapter of Les Dames d’Escoffier International welcomed six guests/prospective members to its monthly meeting. All are experienced professionals in the restaurant and hospitality industries, and were invited to submit membership applications by February 1.

During the meeting at Der Braumeister all members and guests introduced themselves and shared their reasons for current or future membership. Consistent themes included a desire for comradery, networking, and education as well as a desire to support other women in the industry and to support the scholarships and grants program.

As part of new business President Beth Davis-Noragan reported that Dame Paris Wolfe, freelance writer, will serve as chair of the Communications Committee.

Then the socializing began over a German-influenced buffet provided by Dame Jenn Wirtz, third-generation owner of this almost 40-year-old establishment.

Der Braumeister’s menu is inspired by Bavarian and European favorites. The buffet table started with charcuterie plates studded with grapes, cheese, speck and plenty of gherkins. The buffet was balanced with two types of cucumber salad; German lox with cucumber, dill, lemon on pumpernickel; sauerkraut balls and potato pancakes with applesauce and sour cream.

While dinner was delightful, dessert stole the show. The sour cherry strudel was flaky and buttery with just the right amount of filling and the most decadent mini cream puffs – made by Jenn’s mom – were topped with a semi-sweet chocolate ganache. Rumor has it some Dames had more than one! #ldeigratitude

Learn more about membership in LDEI. 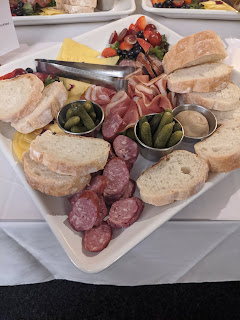 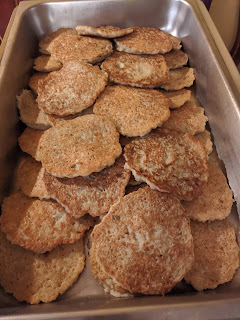 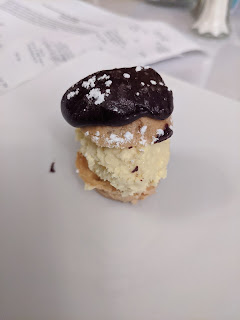