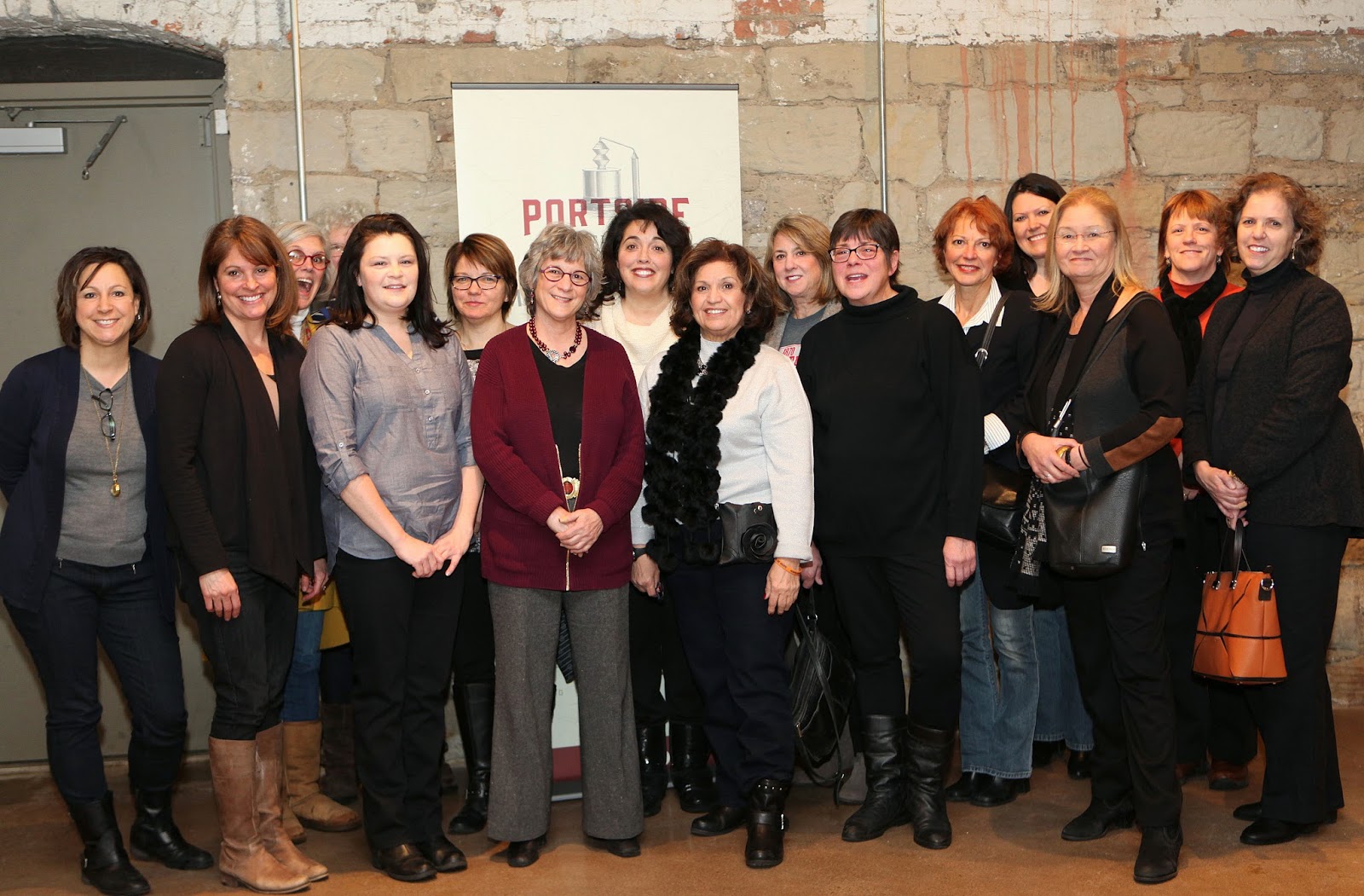 On Monday, January 12, Cleveland Dames and guests were the lucky first group to enjoy a tour and tasting at the new Portside Distillery on the Flats East Bank. A craft beer and rum distillery, Portside opened this past year and has its grand opening tonight, Thursday, January 15, 2015.

Lauren McPherson took us on a tour of the distillery. She noted that the building had some history, once used to manufacture organ pipes and later for sanitation, before they took it over in 2011. Located next to the Port of Cleveland, they adopted a nautical theme in the decor, complete with lighthouse tap handles. We gathered around their one-of-a-kind copper-pot still locally-made in Tremont, learning that the double diamond barrels at the top remove impurities at the beginning of the three to four week distilling process. 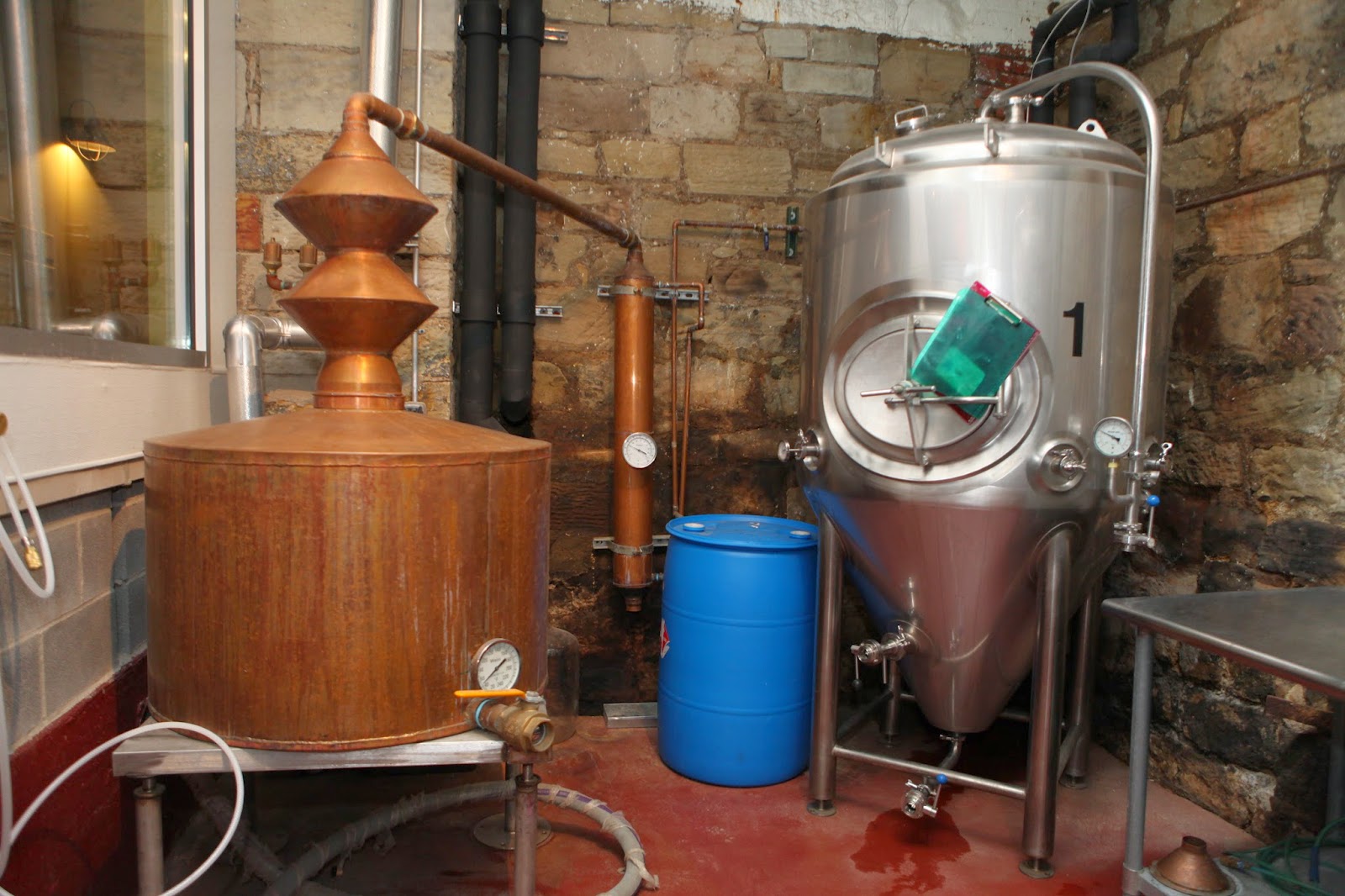 They make five different styles of rum, using products from The West Side Market to infuse flavors: Silver Rum, Hopped Rum, Vanilla Maple Rum (pure Geauga County maple syrup and Madagascar vanilla beans), Spiced Rum, and Christmas Spirit (made just once a year). They're also aging barrels of rum, which will be ready in three years. Save the date! 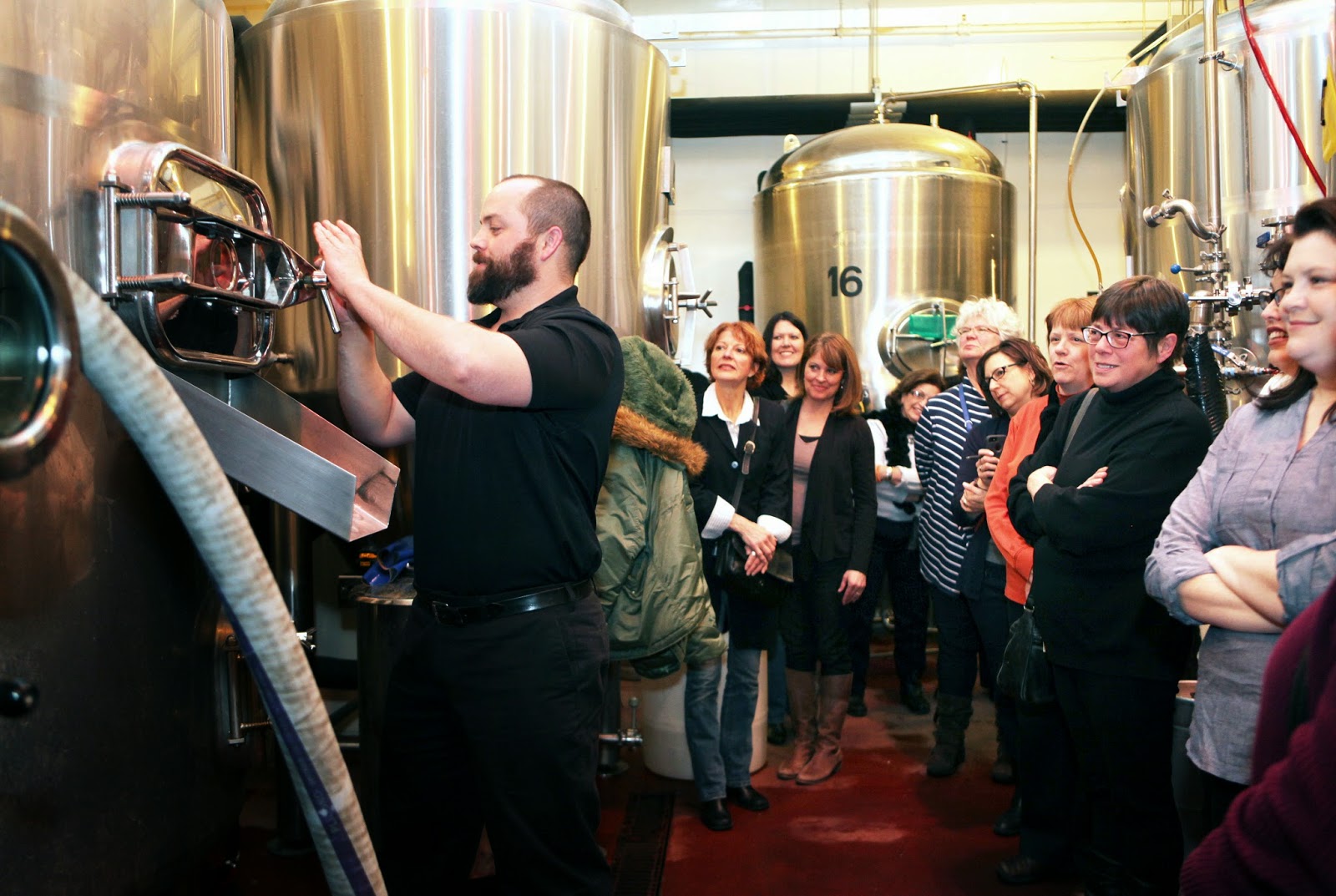 Dan Malz, one of the founders, owners, and chief brewer then took us on a tour of the brewery. They cleverly stack tanks to make the most use of their limited space. Upper and lower tanks each brew a different lager or ale. We were then led back to the tasting room to sample. Each Dame was given a choice of four rums, beers or a combination of both. With five rums and twelve craft beers on tap, there was much to choose from. One of the crowd favorites was the Yule Shoot Your Rye Out winter warmer (named / punned after the line in A Christmas Story), which despite its ABV of 8.2%, was not too heavy and bursted with cinnamon flavor. 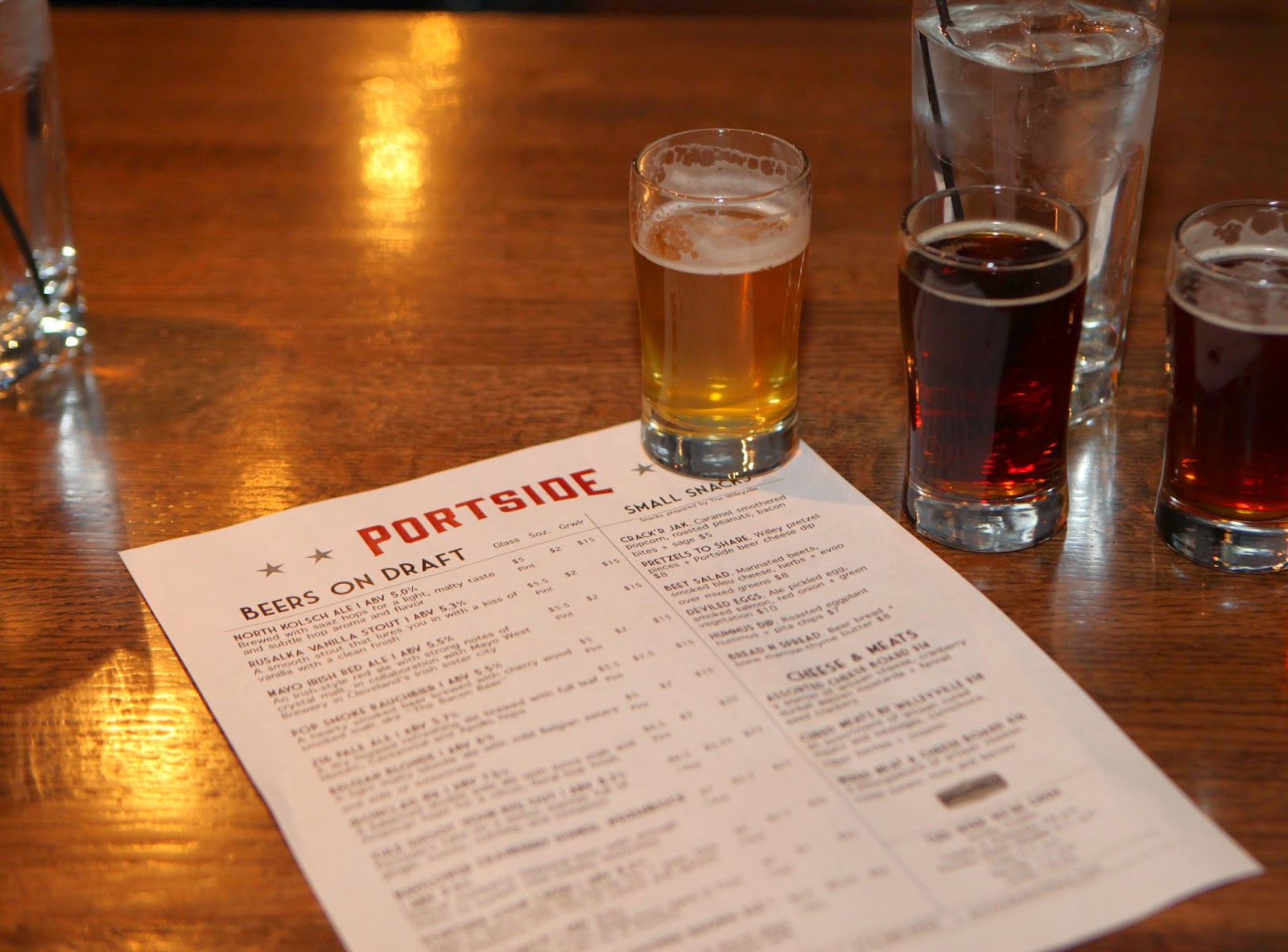 We then walked less than a block, on this very chilly, very windy night, to The Willeyville Restaurant, owned by Chris and Krista DiLisi. Dames enjoyed a wonderful three-course dinner of Salad or Vegetable Minestrone, Chicken Florentine or Vegan Ramen, and an assorted sampling of cream puffs and other decadent bite-sized desserts. Lively conversations and laughter surrounded the table and indeed, everyone had a warm time on a chilly night. 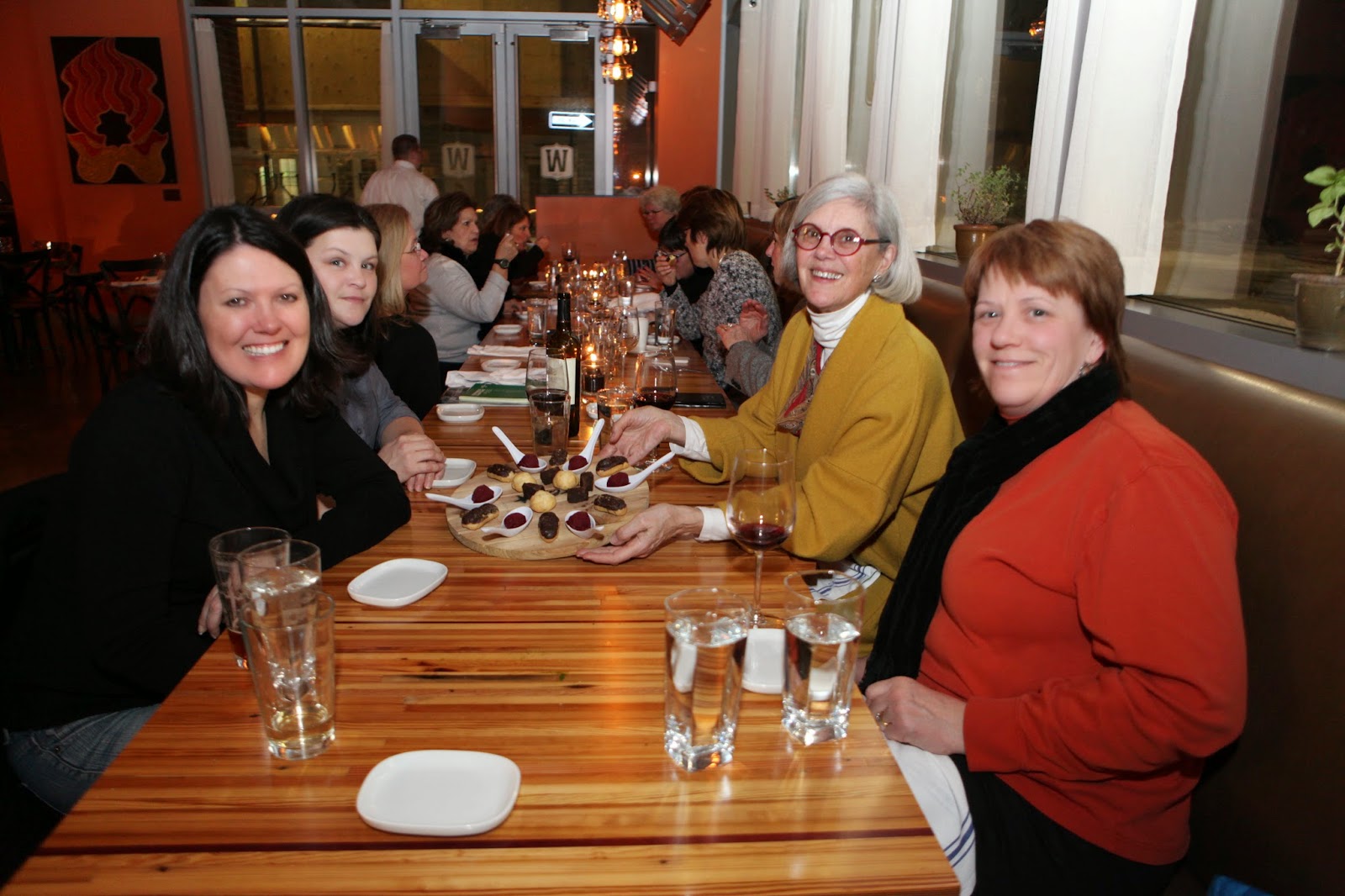 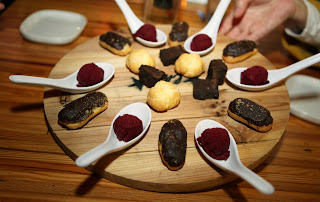 The year 2015 is starting out just right for several leaders in the local food movement. Attention and honors are being paid to Northeast Ohioans who are growing, preparing and selling foods here. Or just raising the bar.

With Les Dames
Bev Shaffer, the cooking instructor and cookbook author from Seville in Medina County, has been named liason between the Cleveland chapter of Les Dames d'Escoffier and its international unit. Shaffer will help plan the wider group's conference Oct. 29-Nov. 1 in Charleston, S.C. Shaffer has written often for The Plain Dealer, now works as chef and recipe developer for Vitamix in Olmsted Falls, and wrote numerous books, including the terrific, "Brownies to Die For."
Posted by Unity Design at 4:28 PM 0 comments