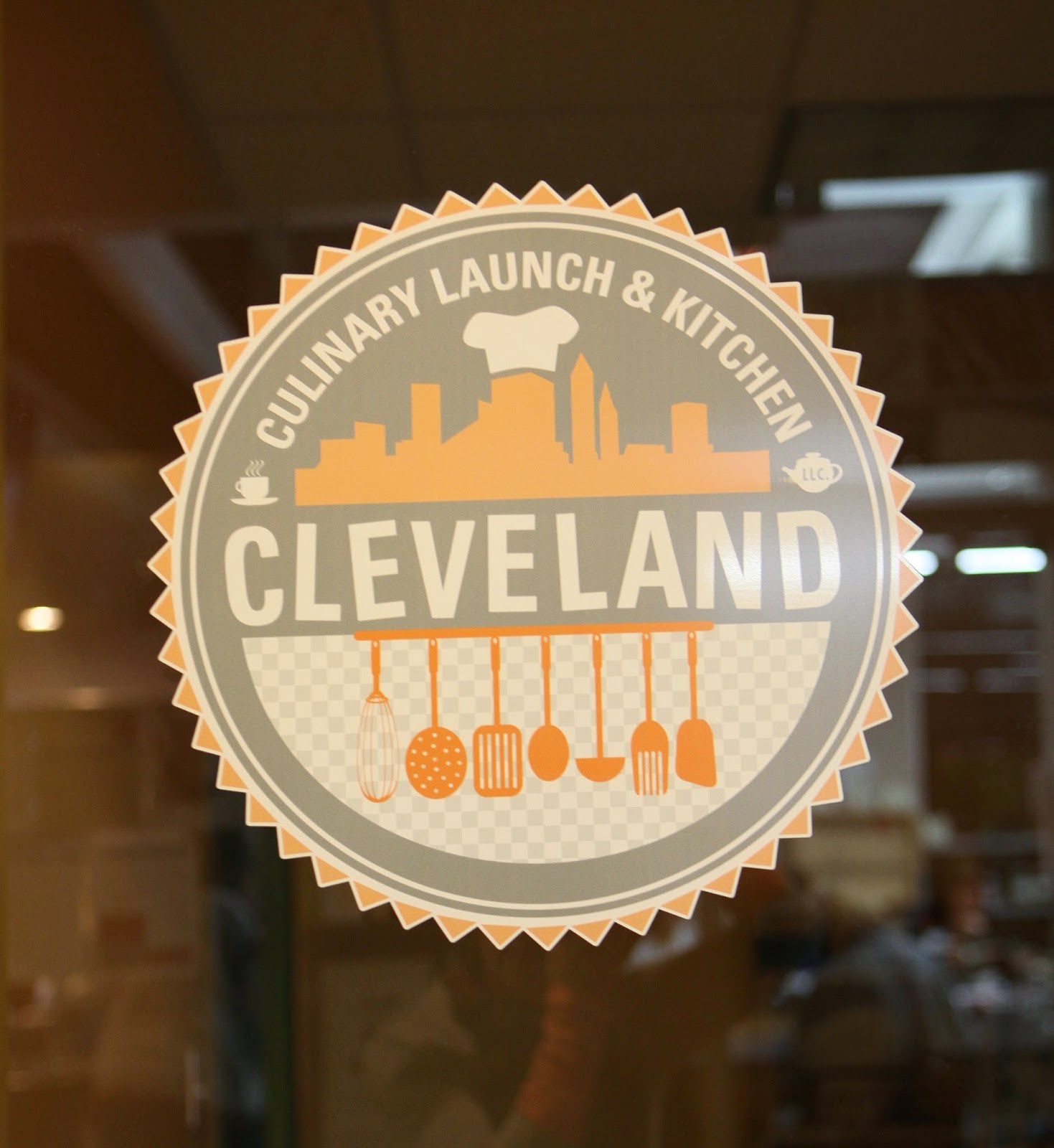 A group of 11 animated Dames and three guests showed up Monday evening, March 9, 2015, to see what the buzz was all about. You see, a second location of the venerable Western Reserve School of Cooking (WRSOC) from Hudson, Ohio, had recently opened up in Downtown Cleveland, literally across the hall from another brand new and novel venture: the Cleveland Culinary Kitchen & Launch. It was the first time these women were going to see firsthand what was so special—and they certainly were not disappointed. 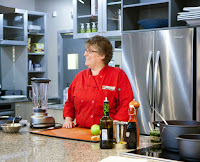 The part owners and husband-and-wife team of Carl and Catherine St. John were our gracious hosts. They provided a generous spread of cheeses, crackers, fruit, nuts, hummus, and more, which awaited everyone upon arrival. After our kick-off chapter meeting concluded, Carl took the rein and led our group on a private tour through the Cleveland Culinary Kitchen & Launch.

While touring, we serendipitously bumped into a team from 46 and 2 Brewing Company. They were testing out a new flavor for their line of cold-brewed coffees. Be on the look-out for it soon!

Catherine accompanied her demonstration with a colorful story about her childhood and rise to success as a chef, caterer, consultant, teacher, and cooking school owner. (She grew up in California and graduated from the highly respected Tante Marie’s School of Cooking in San Francisco, where Alice Waters was one of her instructors.) 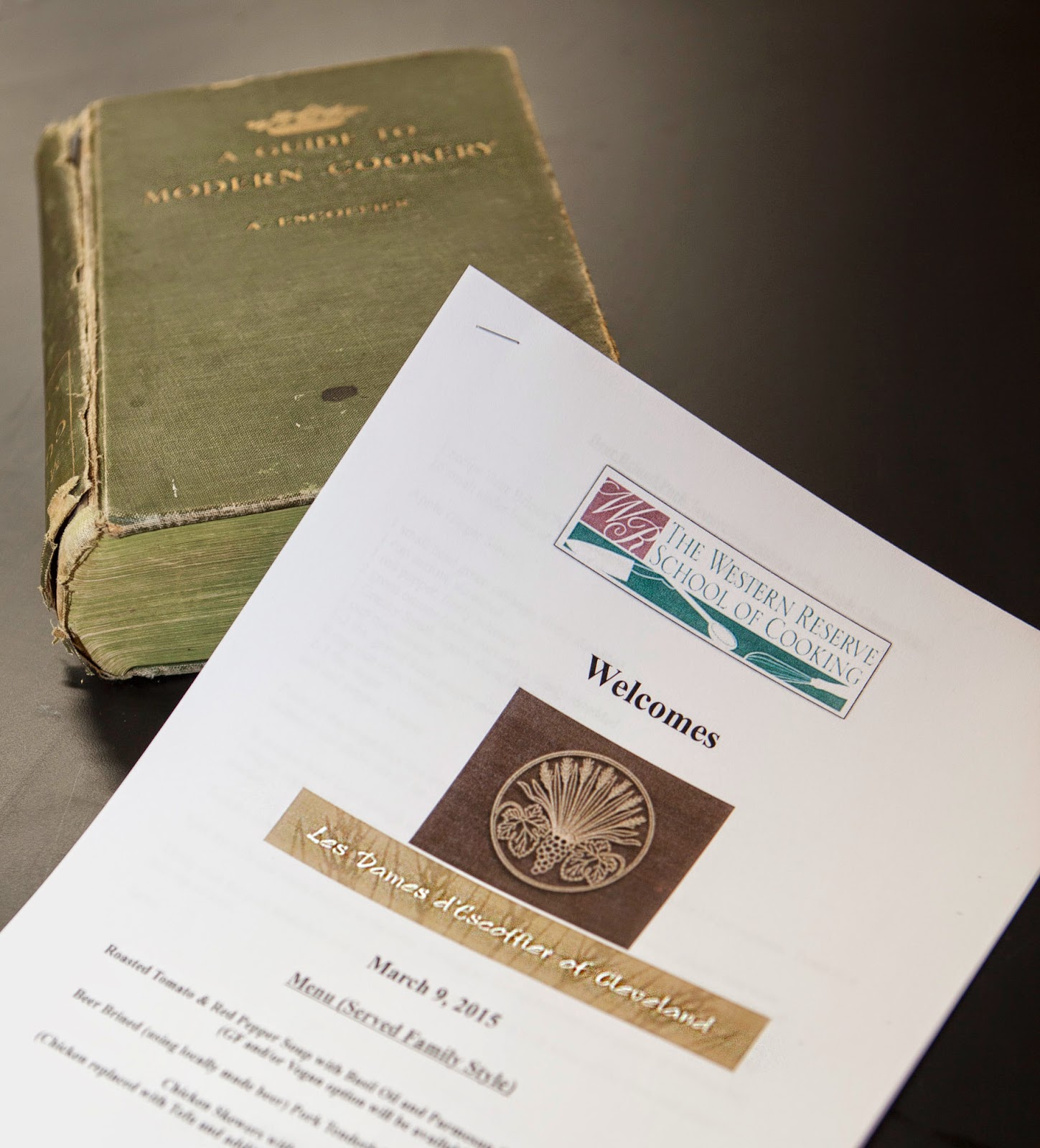 Catherine concluded the lovely evening by sharing recipe cards…but to everyone’s shock, she actually saved the best last. Knowing how much our group would appreciate it, Catherine gingerly pulled out her own personal copy of A Guide to Modern Cookery, published in 1903 and personally autographed by Auguste Escoffier himself! What a surprise and great delight! The evening couldn’t have ended any better.
Posted by Unity Design at 10:00 PM 0 comments