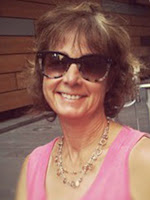 Freshly armed with a degree in film production from Northwestern University, a few years’ employment at the Kranzten Studio of Catalog Photography in Chicago, and plenty of chutzpah, Beth eagerly ventured out east to open her own photography studio in New York City. While there, she worked her magic for a number of interesting clients, including Chanel, Tiffany, and Mattel.
But her smartest move of all? Eventually heading back to the Midwest and opening her own studio right here in Cleveland, called — appropriately enough — Beth Segal Photography.
A multi-talented professional with a great eye, Beth shoots an interesting range of subjects, although “food is the best subject to photograph,” she confesses. “It’s always colorful and structurally interesting. And it never suffers a bad hair day!”
Where did her love of food originate? “From my mom, who tried to feed her five children, all under the age of 10, osso bucco and vichyssoise because those were the dishes she was learning to make in her cooking classes,” Beth says with a grin.
With such an early introduction to the finer dishes in life, it’s no surprise that her later experiences with food would be just as memorable.
“Of all the places I’ve traveled,” reveals Beth, “the best food was at this little auberge somewhere deep in eastern France.” She goes on to explain, “We had just arrived to visit a friend in Geneva and were exhausted. But he insisted we go out to eat immediately. I don’t remember much, but that meal was truly transformative.”
As for her favorite restaurant stateside? “Kiev in New York City,” she says with no hesitation whatsoever. “It was a pretty seedy place in an even worst neighborhood, but they had the best blintzes, kasha varnishkes, and really rich cheesecake. It cost almost nothing, which was exactly about all the money we had back then. But it always felt so decadent eating there.”
And how about her perfect meal today? “It would have to be foie gras, foie gras, foie gras. Plus some brie, a baguette, apricots, a very tart lemon sorbet, and nice bottle of rosé.”
When it comes to entertaining, Beth prefers summer grilling and dining al fresco. A Caesar salad with grilled chicken and watermelon is her go-to signature meal, accompanied by an apple raspberry crisp, “done very crisp,” she adds.
How did she hear of LDEI? “From Debbi Snook [of the Plain Dealer]. I have been a member for three years now and really enjoy the exposure to myriad food influences as well as the eclectic makeup of the group.”
Learn more about Beth as she shares some fun and interesting insights about herself.
What part does food or wine play in your daily life? I consume the former at least three times a day, the latter not quite as often. But they are both frequent photography subjects.

What’s your earliest childhood memory of food or wine? When I was three, someone gave me an enormous box of ribbon candy, and it was the most beautiful, shiny thing I had ever seen. Up until that point, I had led a very candy-restricted life. I saved it so long that it calcified.

What food always reminds you of home? Every year, my mother makes these pastries filled with honey, nuts, apricots, poppy seeds, or chocolate for Purim. They’re called hamentashen. She’s 86 now and still sends big boxes of them to everyone in our family. When I get mine, I know all is right with the world.

What’s the most unusual thing you’ve ever eaten? It was so weird, I don’t even know what it was. It was in Japan, and it was this tubular, gelatinous thing that no one could even tell me what it was, only to eat it quickly. It was a strange sort of chartreuse-y color. Quivery, but you didn’t have to chew it.

Which one chef (living or deceased) would you want to invite over for dinner and what would you serve? M.F.K. Fisher. It would have to be something precious because she was so precious. Truite au bleu (blue trout) pulled right out of the water and cooked immediately, with new potatoes.

What is your favorite food blog? Food52 by Amanda Hesser.

What’s the biggest cooking mistake you’ve ever made? I accidentally left a leg of lamb on top of the refrigerator overnight to defrost. It was totally spoiled by the next morning. That was actually more of a pre-cooking mistake.

Name 3 things that are always in your refrigerator. Orange juice (see above), mayonnaise, and eggs.

Name 3 kitchen gadgets you can’t live without. A microplane, corkscrew, and an antique wire whisk that always does a brilliant job. It has a great handle, and the wires are fairly flexible so you can get into the corners nicely.
Posted by Unity Design at 3:19 PM 0 comments

We had a small turnout but big fun last night at Dame Beth-Davis Noragon's Grovewood Tavern & Winebar in Collinwood. The sweltering heat changed over to pleasant breezes just in time, so we enjoyed dining al fresco on the patio while discussing everything from CSAs to theatre to summer vacations to the upcoming Julia Child event.

We shared some happy hour specials and regular menu items, sending them around the table until every last bit was gobbled up - literally! The Bruschetta was out of this world, with red and yellow tomatoes bursting with flavor tossed with the most fragrant basil and sweet balsamic, and served with buttery crostini. Also enjoyed were a Grilled Pita Flatbread topped with arugula pesto and finished with an organic, local, fried egg which oozed perfectly when cut into; Portabello mushroom-filled Potstickers with big mushroom flavor inside; and a delightful Apricot Crisp with Vanilla bean ice cream. These apricots tasted as if they just came off the tree and we found out that, in fact, they did! All of the delicious produce is local and had just arrived from Fresh Fork.

We also indulged in a variety of cocktails from Grovewood's extensive beverage menu. The pretty and fragrant Aviation, with Bombay Saphire and finished with Creme de Violette was the star. Also enjoyed were the lush Tierra Divina Old Vine Malbec, the Pink Paintbrush Dry Rosé, and a Sparkling Wine.

Overall it was a beautiful evening with great conversation and delightful tastes of food and drink. We hope more Dames will join us on our next adventure!
Posted by Unity Design at 11:38 AM 0 comments