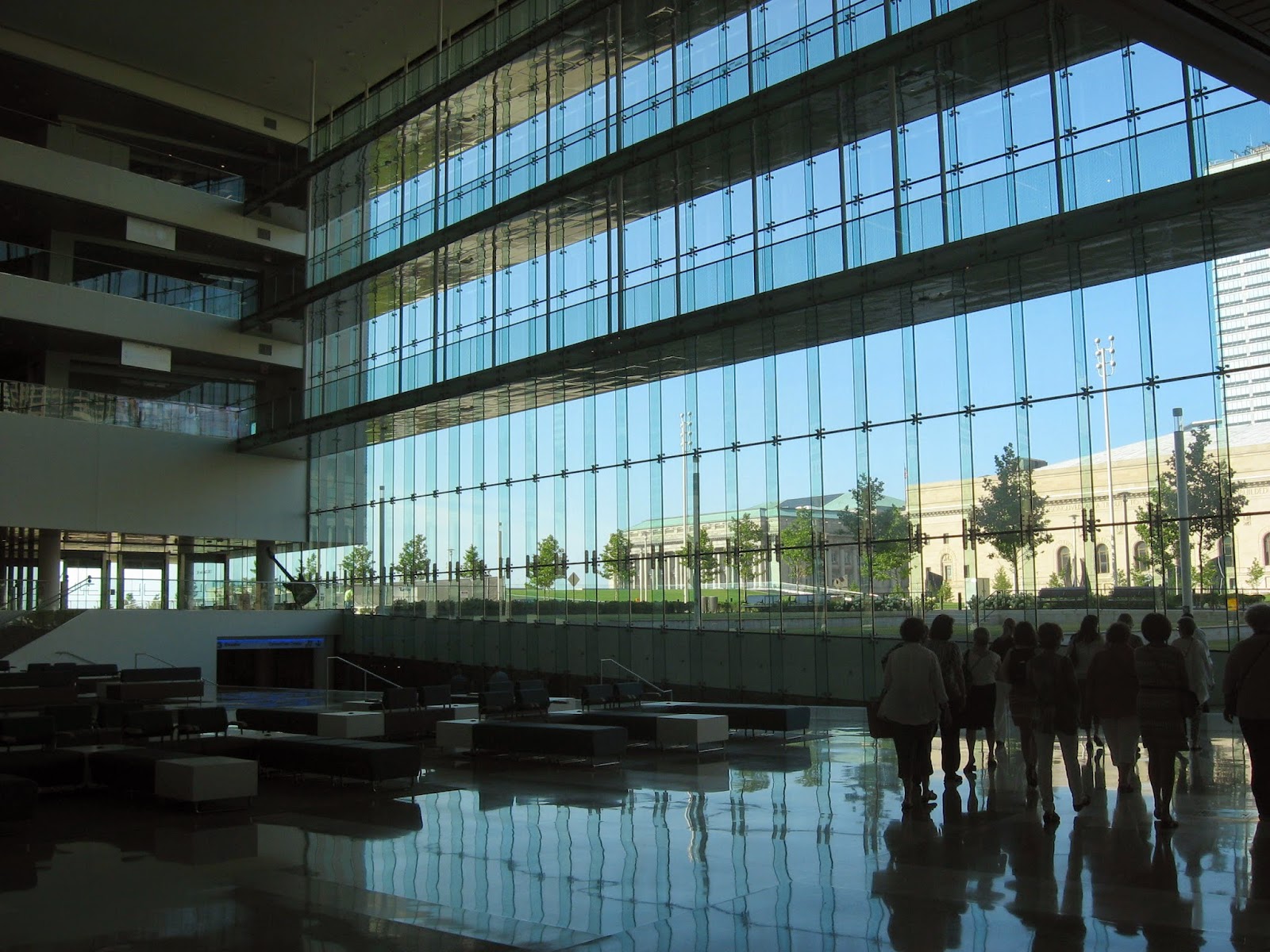 The Dames of Cleveland enjoyed their much-anticipated July meeting at two of Downtown Cleveland’s most exciting and premier locations: the new Cleveland Convention Center and the even-newer Urban Farmer steakhouse restaurant.

Eighteen Dames first gathered at the convention center for a private and fascinating tour led by Levy Restaurants’ Executive Chef Matt Del Regno (who just happens to be featured in fellow Dame Maria Isabella’s cookbook, In the Kitchen with Cleveland’s Favorite Chefs). The show rooms were impressive, and the magnitude of the entire space even more so.

Matt also seamlessly led everyone through the connected and much-praised Global Center for Health Innovation (or “the Globe” as it’s affectionately called)— the only facility in the world that displays the future of health and health care. 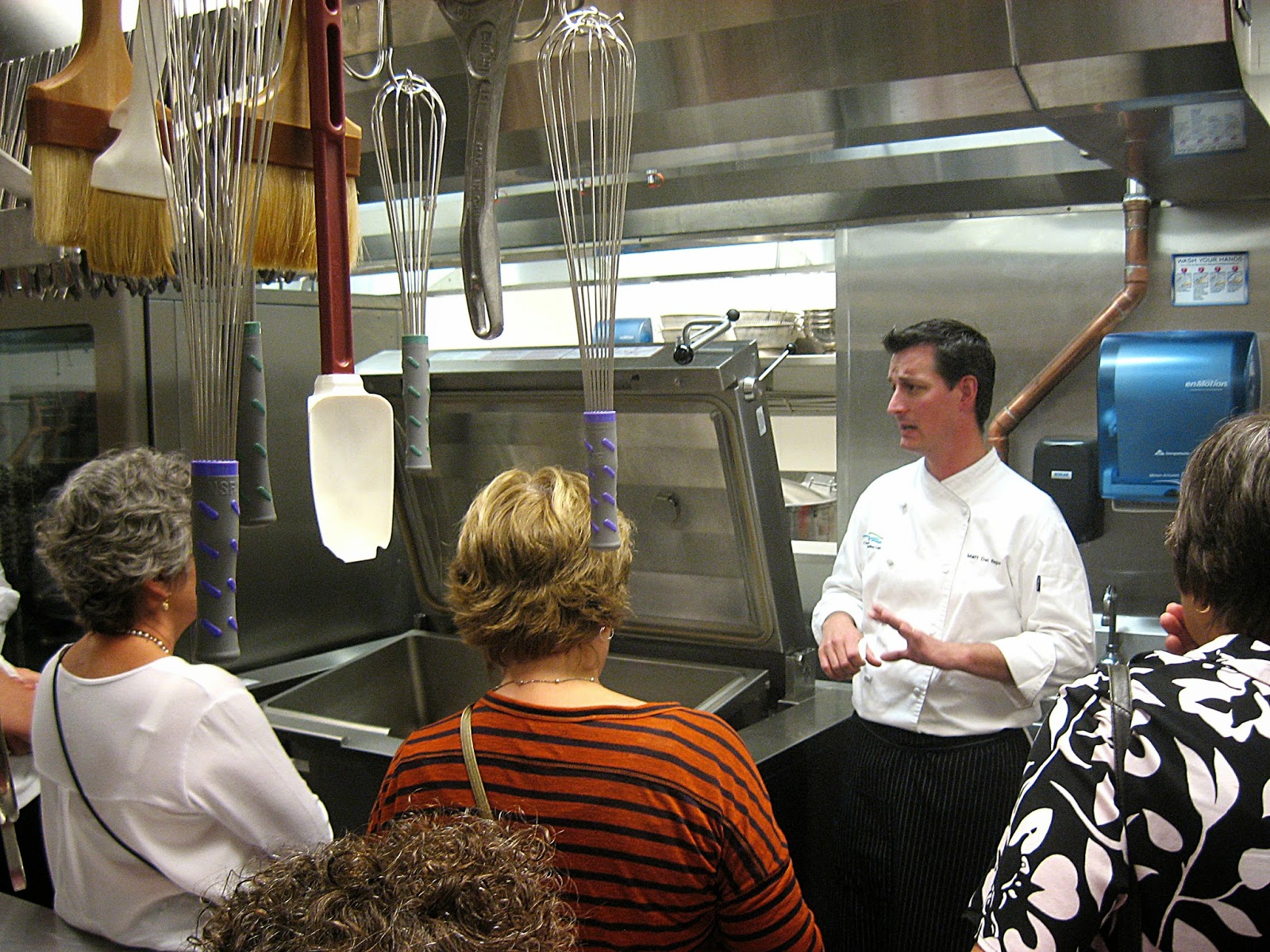 But the grand finale beat all as Matt capped the tour with a behind-the-scenes look at his underground, state-of-the-art service kitchen. Everyone’s envy was palpable as Matt explained each piece of equipment and the thought process behind its selection. His end-of-tour offering of several amazing amuse bouches caused the last round of ooohs and aaahs. 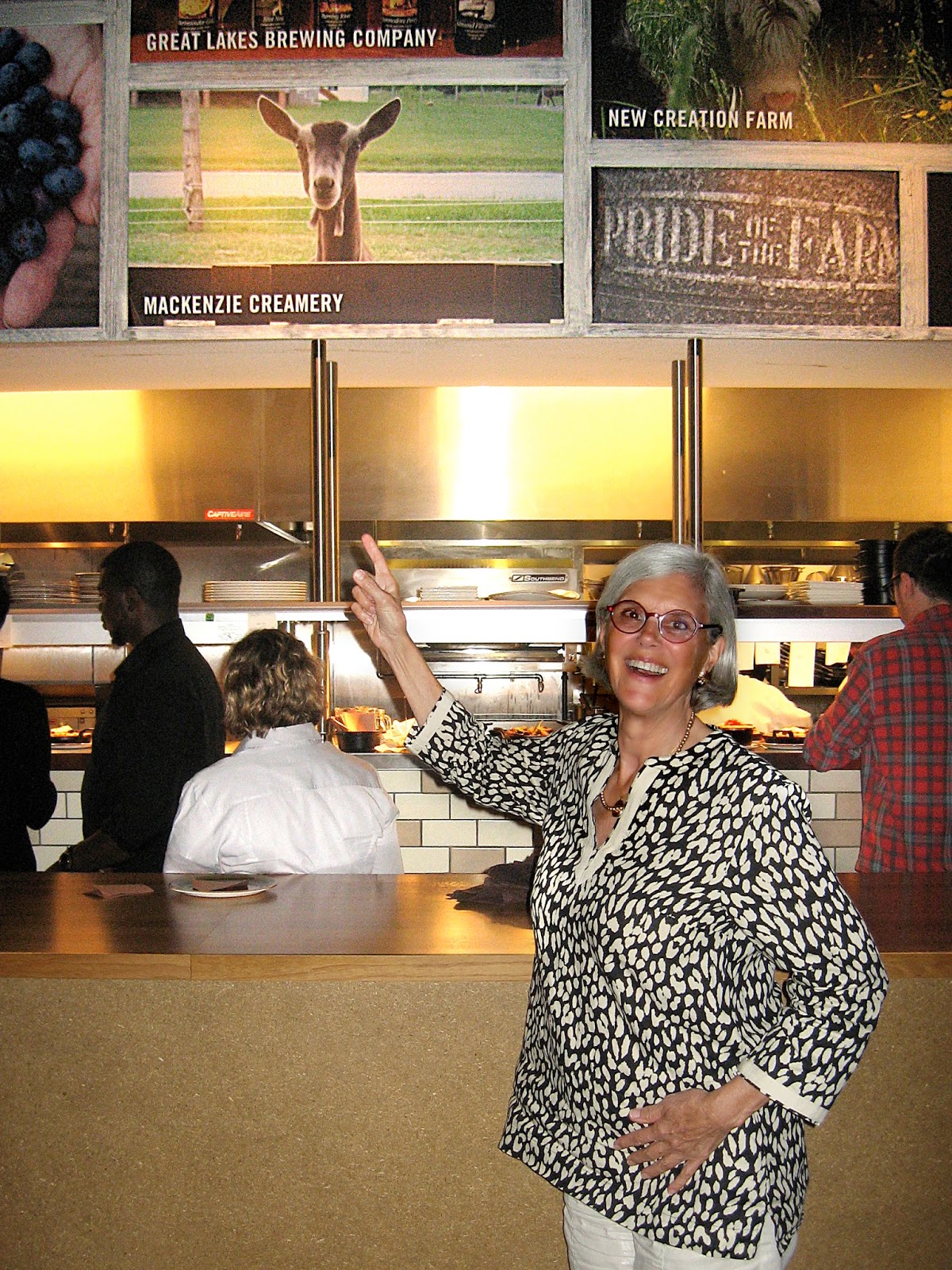 Afterwards, the group strolled a few blocks over to Urban Farmer and wound up the evening with a wonderful meal culled from locally grown and sourced ingredients, including goat cheese from fellow Dame Jean Mackenzie and her Mackenzie Creamery.

Special thanks and heartfelt appreciation to Dame Marty Nagele for coordinating this remarkable event!
Posted by Unity Design at 8:32 AM 0 comments