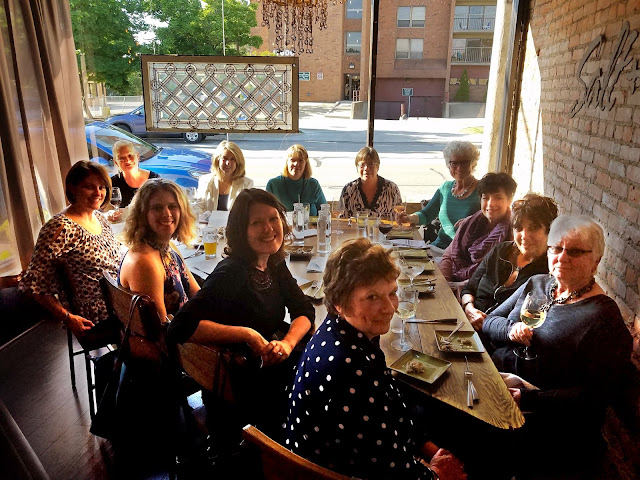 The communications committee chose Salt+ as our location for several reasons, not the least of which was the fact that Chef Jill Vedaa, the restaurant’s co-founder, was a 2018 nominee for a James Beard Award. But there was also the compelling menu of creative small plates – including a superlative chicken liver pate and a delightful dish of caramelized baby carrots, ginger-carrot puree and crispy carrots – that left many of us eager to return for more at this casually sophisticated restaurant. 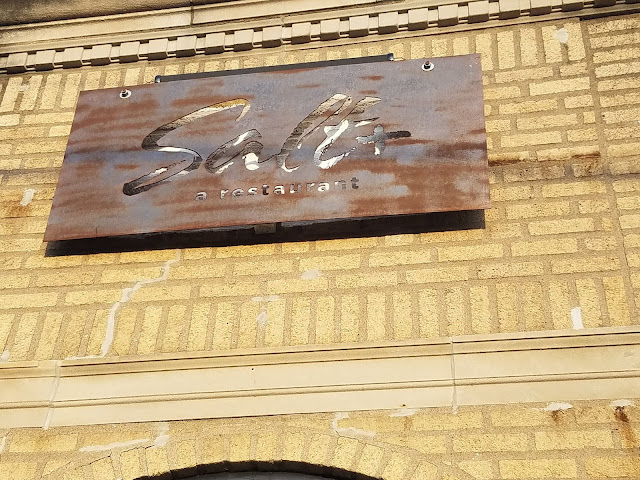 As would be expected from such a diverse group as ours, conversation topics ranged from programming at the Culinary Vegetable Institute (thank you, Marci Barker!) to the state of Cleveland’s independent restaurants (it’s good!). Dame Bev Shaffer also raised a toast to Dame Elaine Cicora, and her recent Grand Prize win in the annual LDEI MFK Fisher Awards for Excellence in Culinary Writing; the award includes roundtrip transportation to the annual LDEI conference, this year in Seattle, where she will accept her prize.

We also enjoyed a chat with the vivacious Jesse Parkison, Salt’s sommelier and co-founder; and received outstanding service from FOH staffer Allison Stavnicky. 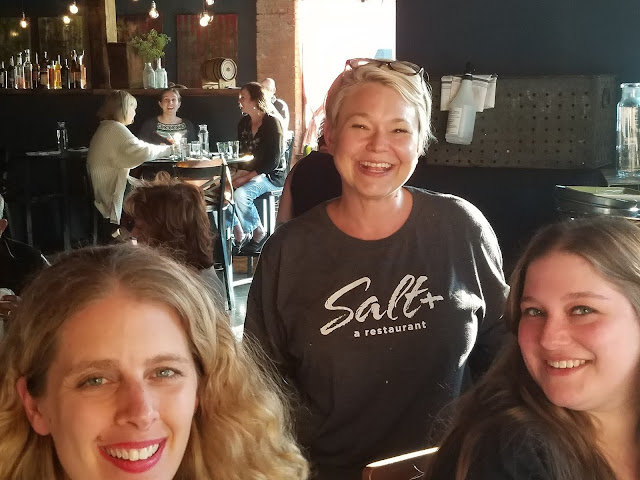 On behalf of the communications committee, many thanks to all who joined us for cocktails and conversation, as well as to Jill, Jesse and the wonderful staff at Salt+.

We hope to see you at next summer’s Happy Hour!
Posted by Unity Design at 8:21 AM 0 comments